Disclaimer: This is for informational purposes and is not meant to serve as financial or investing advice.

This is different, and could profoundly change the framework of the World Wide Web forever. Pay close attention to this crypto because it could genuinely upend everything — and you’ll want to be ready if that happens.

We're glad you stopped by if you’re considering exploring this opportunity as a potential investment.  We’ll not only share the definition of Internet Computer (ICP), but we’ll also dive into how it works, how it became so popular, weigh its advantages and risks, and give you other relevant details. Read on with Pluto.

What Is Internet Computer (ICP) Crypto?

Internet Computer Protocol (ICP) Crypto is a decentralized network based on blockchain. And it may be a way for the cryptocurrency market as a whole to stand up to traditional tech titans like Google, Amazon, and Facebook.

The cloud services offered by Google and Amazon Web Services do not feature the decentralization that the Internet Computer blockchain provides.

While they function on the public internet, their internet services are privately owned and managed. By contrast, Internet computer works on DeFi principles, similar to many cryptocurrencies, DAOs, and NFT projects in the web3 ecosystem.

So if these behemoths don’t cooperate with the cryptocurrency market, ICP can simply work around them. This network can create apps, websites, and other web-based offerings.

It was launched by a Swiss-based organization known as DFINITY, and the infrastructure it provides might help solve the scaling problems of other blockchain networks.  It is now cryptographically integrated with the Bitcoin network. If you have bitcoin, this is worth noting.

If you don’t know what Web3 is, it’s best described as a newer version of the internet that is based on decentralized blockchain technology.

In short, ICP is used in Web3 to resolve privacy issues that materialize on other “traditional” social networks.

Examples include those “traditional” companies selling off personal user data to companies, who then use it to bombard you with ads. ICP doesn’t revolve around big companies that store data and sell it to third parties.

ICP is a “David” working to take down the “Goliaths” of traditional Big Tech using a more evenly distributed way of running software on the internet, avoiding the servers of large companies. This means applications developed this way will not be owned by a single organization.

Without that single-handed control, it can’t be censored or manipulated. This leads to the possibility of popular applications being recreated in a more open and decentralized environment where independent data centers run the show.

This is the internet the creators of ICP, and their supporters, want to see come to fruition. It’s why they’re trying to reset the World Wide Web. And it might just happen. Whether you pursue ICP or not, it’s good to have this knowledge.

How Does ICP Work?

ICP coin is based on blockchain. Are you familiar with that term?  A blockchain is similar to a database. It organizes information in chunks or “blocks,” connected or “chained” together. And it cannot be changed, preventing nefarious actors from attempting fraud.

You know how all humans have their nervous system, which carries signals between the brain and the rest of the body? Well, ICP also has one—in its way. It uses what is called a “Network Nervous System” (or “NNS” for short), which is a network of data centers.

The NNS also creates and distributes ICP tokens that pay people running the nodes (connection points/data centers within the network) who cast votes on which proposals are submitted to the blockchain.  On top of that, it combines nodes from these data centers to create what are known as “subnets.”

So “subnets” are a smaller grouping of connection points on the network.  These subnets then collectively host smart contracts. (A smart contract is a program hosted on a blockchain that will not execute until a list of predetermined conditions is fulfilled.)  As more subnets are created and connected, ICP can continue to scale.

Let’s rewind the clocks to 2013 when Dominic Williams (founder of DFINITY) decided to pursue a career in blockchain. By the end of that year, he was looking to create faster blockchains that could process more transactions per second. This was connected to his goal of supporting trading in virtual products in computer games.

In 2014, he became involved in the Ethereum community. By the following year, he was trying to produce a “World Computer” blockchain. (A world computer is a digital system that is globally decentralized and unownable.)

He decided on the brand name DFINITY, which pulls characters from the term “decentralized infinity.” His original goal was to create a base for Ethereum 2.0 or 3.0. But it soon became an independent project, which eventually evolved into ICP and launched in May 2021.

How Did ICP Gain Popularity?

More and more people are taking note of ICP and its potential to change the technical landscape as we know it.  Users enjoyed the quick transaction speeds, lower computing costs, and expanded ability for scaling. Here are some other reasons for its acclaim.

As mentioned above, a growing number of people are eager about ICP’s immense potential to give the traditional tech giants (like Google, Facebook, and Amazon) a true challenge. Instead of their seemingly unlimited power to control information and infrastructure, this decentralized system could move into a place of more significant prominence and influence.

When people see well-respected names investing in an opportunity, that gives that opportunity more legitimacy, and as a result, people begin to flock to it. These prominent investors include Andreesen Horowitz and Polychain Capital.

What Distinguishes ICP From Other Cryptos?

ICP stands out in many ways from other cryptos, including open-access software creation, high speeds, and its decentralized network (as opposed to the cloud). We’re going to discuss each one in more detail to give you a better understanding.

ICP is all about giving power to the general population. And that includes allowing anyone to create apps and other software, altogether avoiding traditional Big Tech.

Not all crypto was created equally. And that includes speeds. For example, some cryptocurrency transactions take more than half an hour to complete. But ICP runs at web speed.

Decentralized Network Instead of the Cloud

If you put something up on the cloud, it is controlled by your service provider. Again, here we run into Big Tech. But with ICP, independent parties store data on a decentralized network.

What Are the Advantages of ICP?

ICP’s advantages include the fact it has proper backing from big-time investors. Another plus is that its token will likely become deflationary as time progresses if this crypto continues to gain popularity. Another advantage: its demand will grow as the backlash against Big Tech continues to heat up through controversies like social media censorship and tech giants' dubious data sharing.

What Are the Risks of ICP?

There is risk in just about everything. For ICP, these include the fact that this crypto has yet to become as popular as initially hoped. A lot of people like it—but not enough.  It’s also still largely untested and may require years of testing still. Finally, ICP tokens are still tricky to find in many cryptocurrency exchanges, such as Binance or Coinbase.

The DFINITY foundation states that ICP “secures your digital identity and activity against advertisers, hackers, and other malicious agents.”

At the end of the day, opinions are mixed. For example, the experts at Analytics Insight urge caution as they see it as bearish (believing values will fall). Other market commentators believe it has a brighter future.

ICP has the potential to change the entire internet. While we don’t know how quickly that will happen, growing frustration and backlash against Big Tech only fuel this fire. This decentralized system that essentially “gives back power to the people” has enormous backing and potential but a mixed outlook from financial commentators.

Pluto is an investing app that helps you automate investing in stocks and cryptocurrencies by building a portfolio of strategies or rules for when to buy and sell. You can quickly build a portfolio of strategy to watch your investments and make better decisions with your own rules, like “if bitcoin (BTC) dips below $20k, then buy.”

If you enjoyed this blog entry about ICP, be sure to give our full blog a look, as we cover a wide variety of topics that can arm you with the knowledge to grow as a cryptocurrency investor.

ICP: All You Need To Know About DFINITY's Cryptocurrency | Dfinity Community

What is the Network Nervous System (NNS)? | DFINITY

Investing In Internet Computer (ICP) - Everything You Need to Know | Securities.io

How Fast Can a Blockchain be? ‘Web-Speed’ says the Internet Computer | Dfinity Community

Is ICP Crypto a Good Investment in December 2022? | Business 2 Community

ICP: All You Need To Know About DFINITY's Cryptocurrency | Dfinity Community 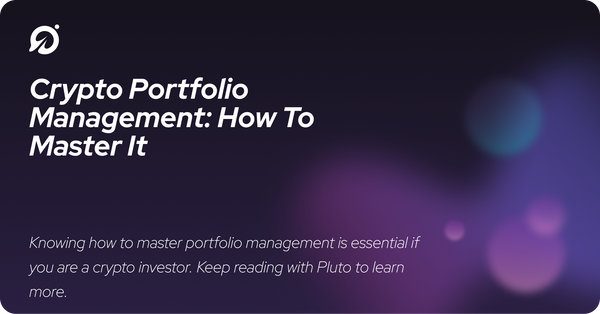 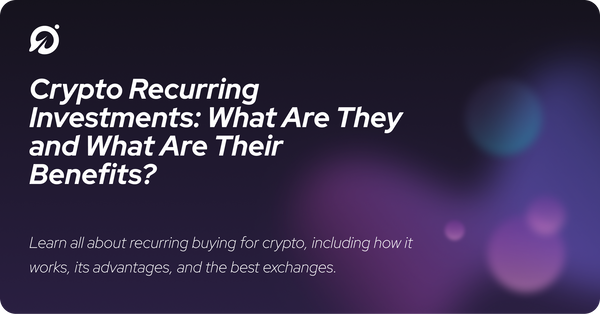